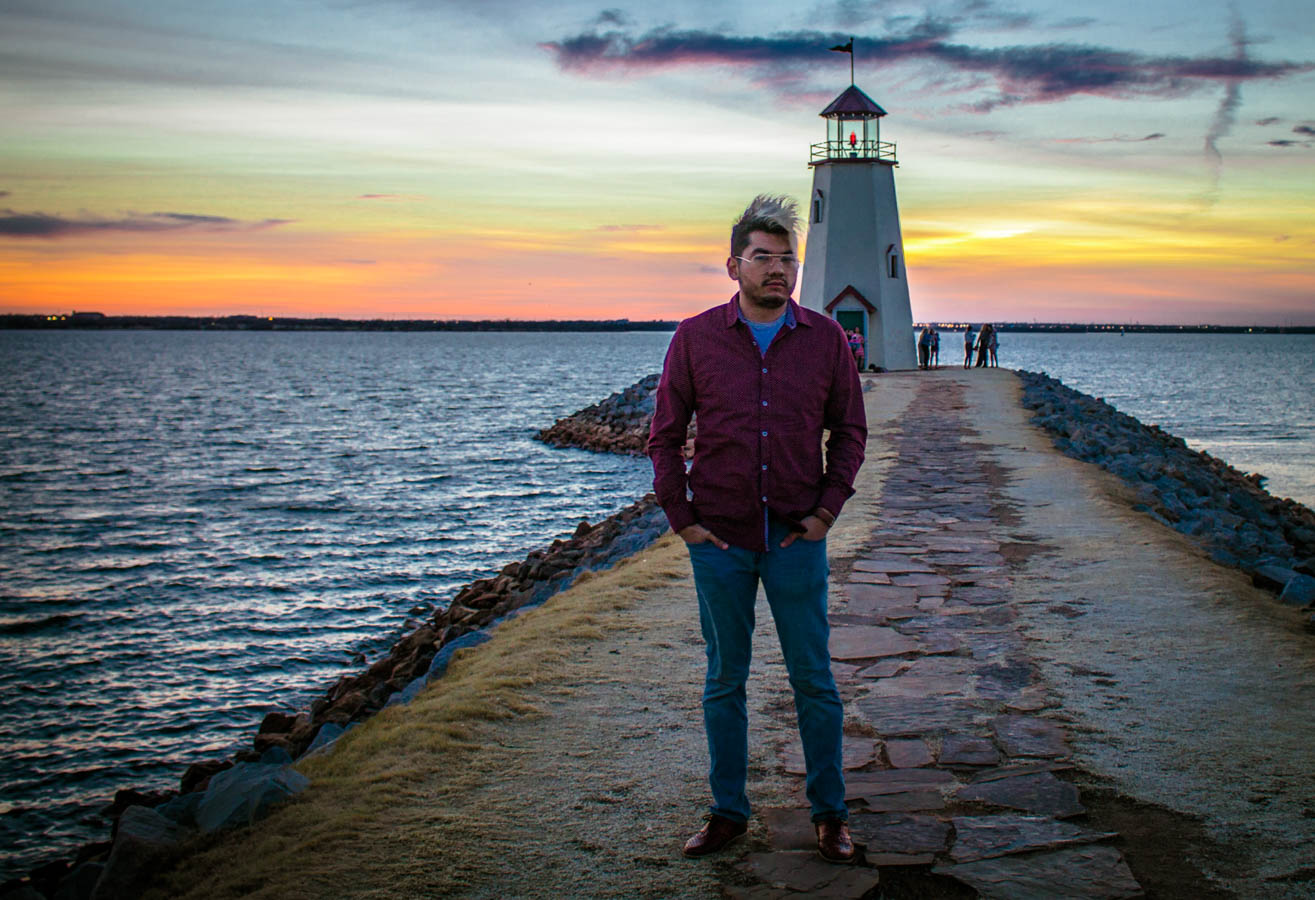 I am passionate about Front-End Web Design. I have two degrees in Computer Information Systems (BAT.CIS) and Computer Web Development (AAS.CWD). Having worked 4 years as a Web Designer/Master before, during, and after the establishment of The University of Texas Rio Grande Valley (UTRGV), it allowed to shape my skills during demanding tasks. I am looking to take on more work & to increase my skills in Front-End Web Design. Currently working in a contract to Marathon Oil by prodiving IT desktop support to their OKC and Watonga offices.

Conceptualized potential prototypes of Web projects by creating visual designs in Photoshop. Once approved by board, teamed up with in-house developers to turn designs into code.

The University of Texas at Brownsville

Redesigned layouts for six departments through research done based on trending layout designs among top US universities.

Coded XML files for seven audio podcasts in order to create an RSS feed; needed to deliver via iTunes and other podcast distribution libraries.

The Science Academy of South Texas 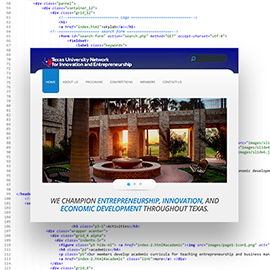 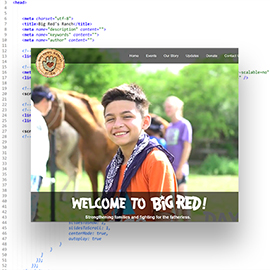 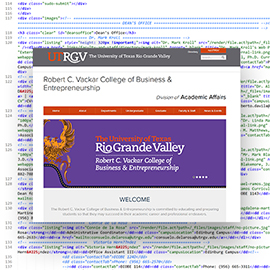 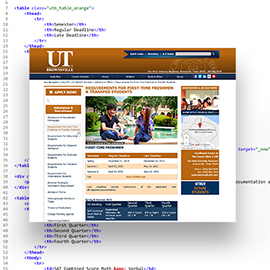 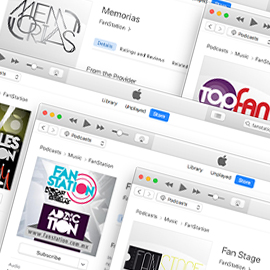 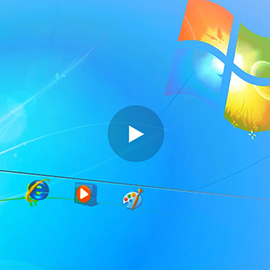 It has been my good fortune to have Jose Morales employed at the Vackar College of Business & Entrepreneurship. He requires very little direct supervision; however, he does not hesitate to ask for guidance or clarification of instructions when necessary. Additionally, when explaining the status of his projects, or when depending upon others to provide him with information required for his next step in accomplishing a project, Jose is patient.

Jose will enhance your organization with his abilities, knowledge, determination, and demeanor. As with many of our part-time student workers that graduate and transition to the "real world," we will be losing a valuable member of our organization, but to your benefit.

I have personally witnessed his skills in HTML, CSS and SharePoint. He not only possesses deep knowledge in various computer programs but also has a knack in easily learning new technologies. He often goes beyond his job requirements and helps colleagues and instructors with any computer related challenges they may have. Even if he does not have expertise in the area, he solves the problem by studying and looking up the solution on his own.

In my assessment, he should be a valuable addition to any organization he joins.

During his internship he has worked on various projects along with some clients sites due to his advanced skills. He showed a very good understanding of design and the use of design tools to enhance websites.

He has been very open to learning new ways of programming and has shown great positional of becoming an outstanding developer. He has demonstrated a high level of understanding of web development and we are excited to see where his next step in life takes him.

While under my supervision, he was our web developer in the division of enrollment services for the University of Texas at Brownsville since 2013. Responsibilities in that position required him to redesign our enrollment web pages. He had to work closely with all directors within enrollment services and develop content and images that were created and proposed to directors before posting on the website.

He exercises the highest of ethical standards and professionalism in his work and his personal life.

I recommend him without reservations.

TUNIE is an association of 18 higher education entities formed in 2008 to promote innovation and entrepreneurship and to share best practices across schools located in Texas.

Unlike what most automated systems do, coding by hand gives you the flexibility and control of knowing exactly where every piece should be at. 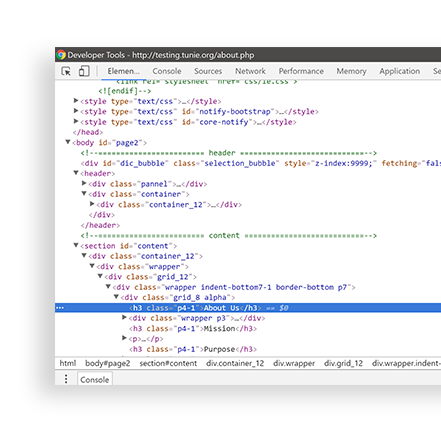 The process consisted through the use of Sublime Text where coding is a breeze. When changes had been added, the content would be uploaded through FileZilla which connected to the TUNIE testing servers first.

The very first task involved looking for campsite Web sites and reviewing its user flow and layout design. Upon finding the top five, I listed the pros and cons of each site. By gathering all pros from each site, I was able to proceed with the next step: design.

After reviewing all pros gathered research, I sat down with my supervisor to sort out what best fit for our client.

I sketched the ideas we shared as a first step toward getting a mock-up.

When disclosed my skills with Photoshop, I was asked to create a better visual representation of the sketch I had worked on with my supervisor.

Description While interning at IGNITE and upon evaluatuated my design skills, I was asked to come up with a layout design for a campsite Web site. After comparing common designs found in other campsite sites, I compared pros and cons that best suited for our client. Created a sketch, used Photoshop to create a visual goal, presented a working prototype to client, after client's approval then we started coding it.

UTRGV relies on Cascade Server to create, edit, modify, test, and delete its Web pages. Even though I had a limited role as to what I could do, I was able to accomplish many things which benefited the Robert C. Vackar College of Business & Entrepeneurship during my ternure.

Microsoft hosted a video contest through their Facebook page. The goal of the video was to show how Windows 8 excels at the everyday tasks.

Joe and Johnny are on quest to show the world how they use Windows 8 on their daily life. Will they succeed in less than 60 seconds? Watch them now!

In celebration with the worldwide release of Windows 7, I created a video which briefly demonstrated the new functions found in the then latest operating system by Microsoft.

Are you working on something great? I would love to help make it happen! Drop me a letter and start your project right now! Just do it.

Your message has been sent

Thank you for your interest in my work. I’ll contact you just in a few days. Stay tuned and see you soon, friend!